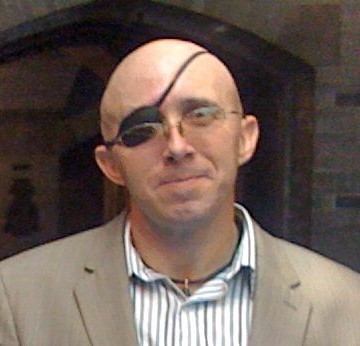 Derrick Wright was born in Pasadena, Texas in 1968. He grew up in east and central Texas. He excelled in the sport of gymnastics during high school, and was approached by the head coach of the West Point gymnastics team while he was competing in the Junior Olympics National Championship.

Derrick pursued and earned an appointment to West Point, and after four years, graduated in 1991 with a bachelor’s degree, and the rank of Second Lieutenant as an Infantryman in the US Army. He was stationed in Korea, in Georgia with the 1st Ranger Battalion, in Florida, and in North Carolina. He left the Army in 1999 after eight years of service, with the rank of Captain.

Derrick went back to Texas with his young family. He and his wife Cindy Hughes Wright were both from Georgetown, Texas, but were married in Savannah, Georgia in 1995. When they returned to Texas, they were joined by their children–Jonathan Martin, Hannah and Mitchell.

Upon their return to Texas, Derrick worked for a couple of different high-tech companies in Austin. After five years, he started and operated his own business. It was called The Terrain Association, and he used skills he developed in the Army to teach other people Land Navigation and Wilderness survival skills.

In 2006 Derrick pursued a government program certification so he could help protect important people living and working in a war zone. He completed his certification, and was first deployed to Baghdad, Iraq in August of 2006. His team planned missions while in their camp in the Green Zone, and would move their clients around Baghdad as they continued their work during the country’s reconstruction. While not on a “run,” planning for a run, or training with his team, Derrick was living in the Green Zone.

Derrick’s camp came under a rocket attack on the 30th of April 2007, and life changed very dramatically for him and his family… a rocket hit outside his room. As hot metal tore through the building, several pieces struck him—one in the left knee, one in the back, one in the neck, and several in his head. He was immediately knocked unconscious, and stopped breathing. Right after the rocket hit, several colleagues rushed into his room, only to find him crumpled on the floor in a pool of blood and cerebral fluid. Some thought he was dead, but others worked on him anyway. They resuscitated him, loaded him onto a stretcher, slid him into a waiting vehicle, and rushed him to the hospital—all while rockets were still peppering the Baghdad Green Zone…

A lot has happened since. It changed Derrick’s life in so many ways. The physical and mental changes are visible to the casual observer, but Derrick is undeterred by his disability. He has been inspired by his own recovery to become a founding director of the Small Victories Foundation, so that other TBI survivors can adapt to life after injury through participating in the arts.

Derrick is also available for speaking engagements, where he shares his story of perseverance and tenacity with groups of all sizes. He may be reached at derrick.wright@smallvictoriesfoundation.org.